Historical heart of the city, beating in the rhythm of its Astronomical Clock

The Old Town is located on the right bank of the Vltava River and it is connected to the Lesser Town at the opposite bank by the famous Charles Bridge. Originally a royal town, it developed and changed as time and époques passed by, putting on different “costumes”. Taking a walk through the Old Town nowadays is like browsing a book of Europe´s architectural styles and watching them on display right in front of our eyes. This can´t be said about any other place I know. At night, the Old Town Square with its Astronomical Clock, the main square of the district, transforms into a mysterious, fairy-tale place. The monuments of former Jewish Town are also found in this area. The Jews used to live here in relative peace with their Christian neighbours for more than seven centuries. 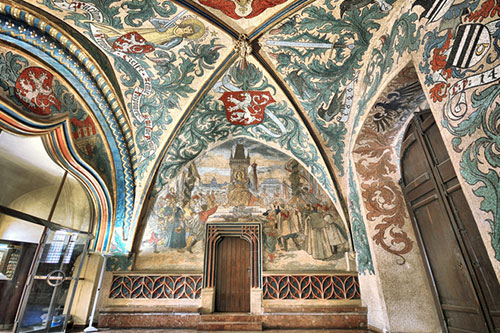 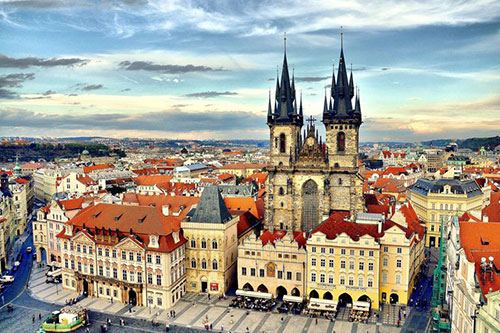 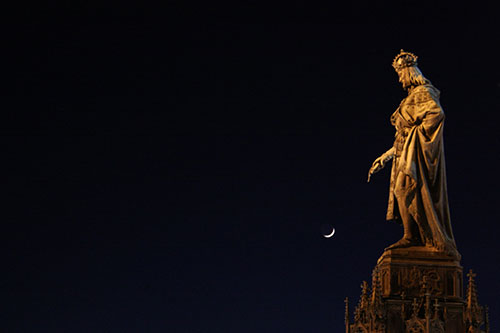 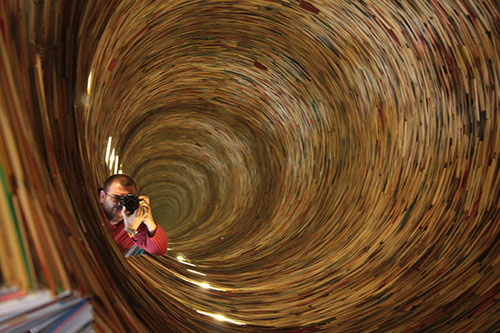 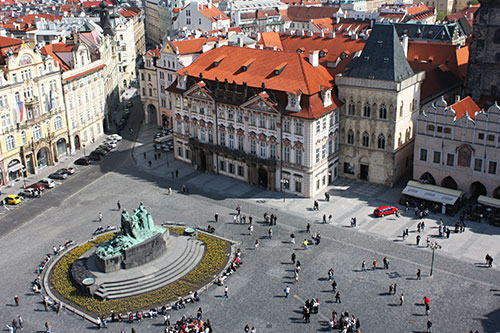 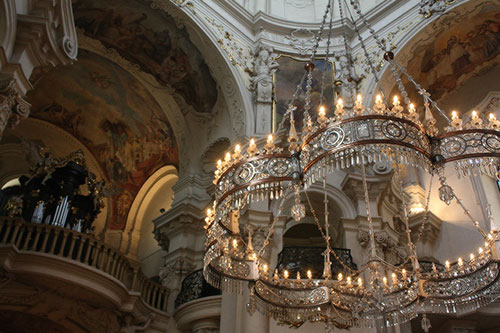 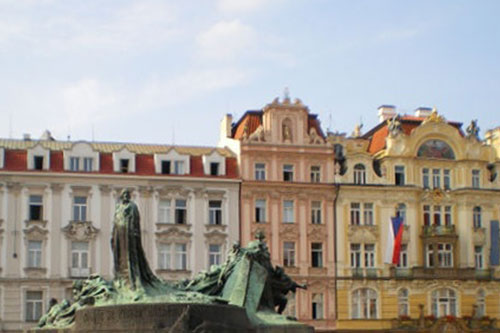 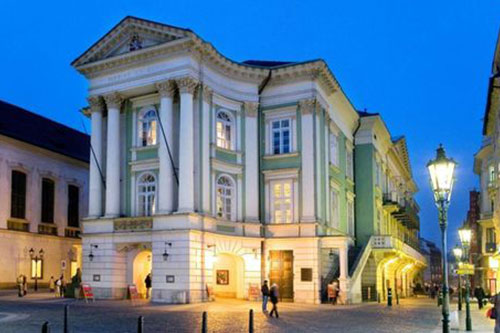 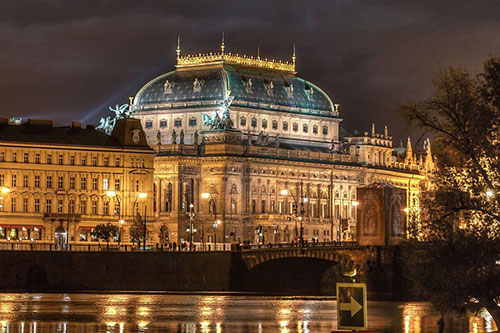 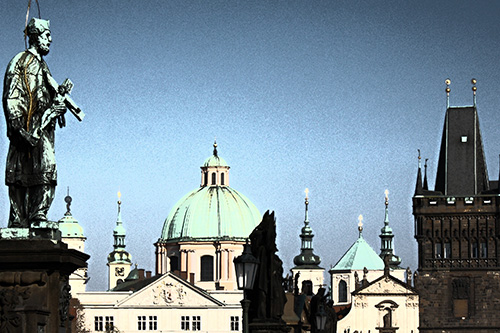 One of the most notable synagogues in Europe was built in the 13th century and became an emblematic sight of the former Jewish Quarter. Its Gothic-Renaissance interior remained practically intact – a fact that gives the visitor unparalleled feeling of numinosity and peculiarity.

CRUISE ON A BOAT

We will get on a boat and watch the beautiful Prague panorama from the Vltava River. How many of Prague´s spires would you be able to see from the board of the boat? Let´s count them together! On board of an old boat replica, we will sail by the Charles Bridge and on the Devil´s stream, entering the so called Prague Venice and approaching the Grand Prior Mill. Refreshments are served on the boat, the cruise with English guide commentary takes approximately 50 minutes.

The building is composed of five originally separate medieval houses and represents one of the most interesting Prague sights; the tour will take you to historical halls, some medieval, some decorated in Art-Nouveau style. There is also a Gothic chapel at the tower of the Astronomical Clock, where you can take a close look at the statues of apostles, whose procession every hour at the Astronomical Clock is one of the main Prague attractions. At the end of this tour we are going to take a trip back in time into the underground of the town hall, to the level of the original Romanesque streets.

This is an exclusive tour and therefore only two or three guided tours in English are organized per day. The building itself is a stunning jewel of Art Nouveau architecture and décor: we can take a trip back in time again, this time to the beginning of the 20th century and visit the Art Nouveau Smetana concert hall as well as outstanding Art Nouveau rooms of this palace, such as the Mayor or the Oriental hall or the Confectionery, all of them decorated by the best artists of the time – e.g. Alfons Mucha or Jan Preisler. These rooms are also a beautiful example of crafts of the time. This monument represents a unique harmonic whole (so called gesamtkunstwerk), an astonishing reminder of the luxuriant belle époque.

The world knew and still knows Alphonse Mucha primarily as an exceptional illustrator and graphic designer, who once caused a revolution in the field of graphic posters. This artist aimed at making art and beauty accessible to the widest possible audience, by letting them peek into his harmonious visionary world, inhabited by women whose magnetic beauty were underpinned and framed by flowers organically intertwined within the ornamental background.

The core of the museum exhibition is formed by his famous decorative panels, presenting allegories and posters on which mysterious women invite us to the theater, offer us wine, bicycles or a magazine. Mucha’s style, characterized by soft pastel color schemes and melodiously fluid lines, quickly gained popularity and the Moravian painter became one of the co-creators of the Art Nouveau style. The exposition also includes several of Mucha’s paintings on canvas, along with various decorative items, as well as a series of photographs of his family and his atelier in Paris, which then hosted Parisian bohemian circles.

Tour duration: 3-5 hours according to your choice of sights