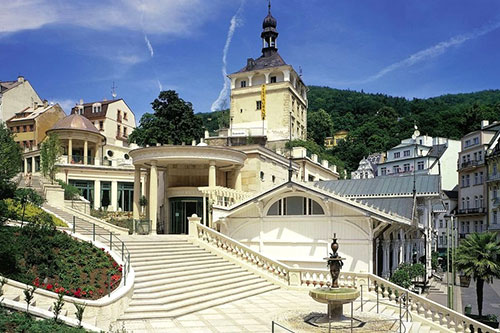 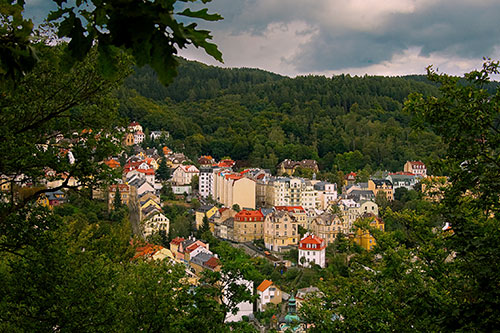 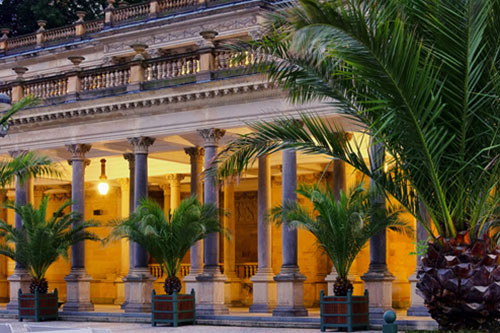 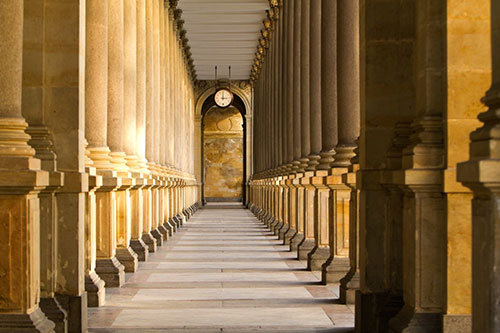 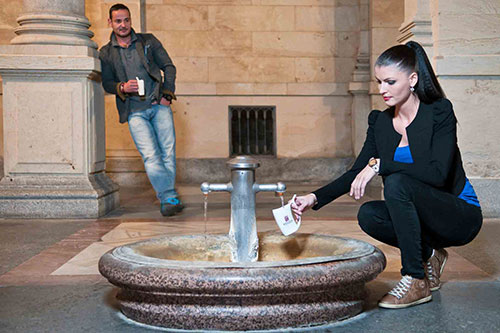 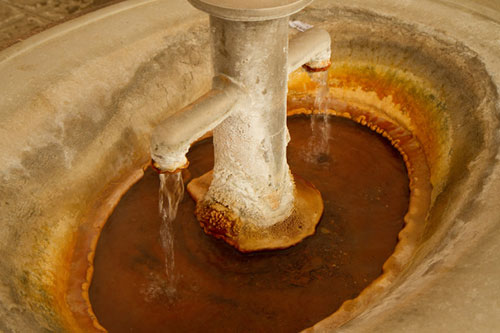 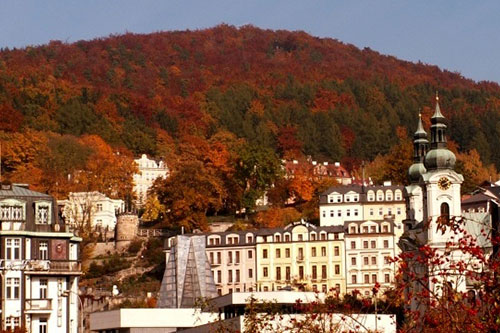 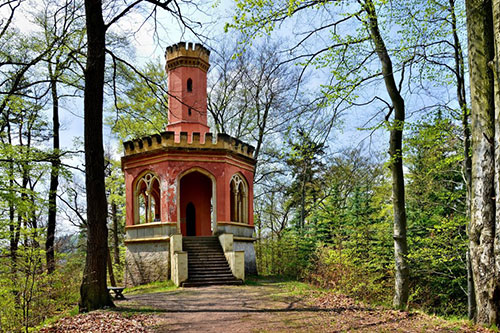 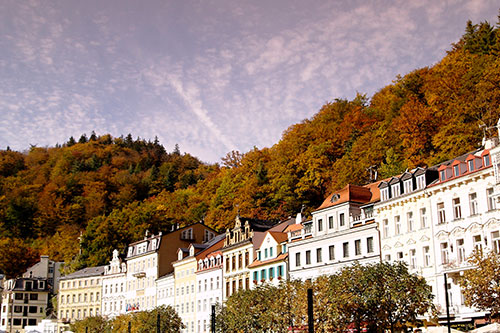 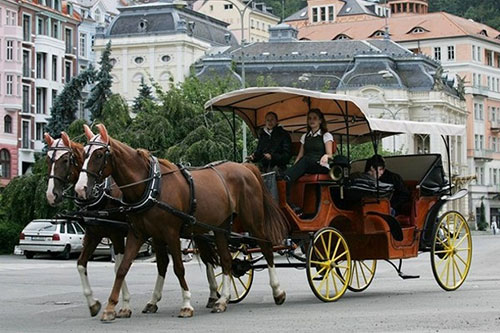 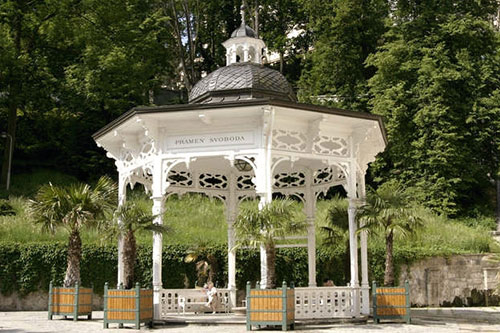 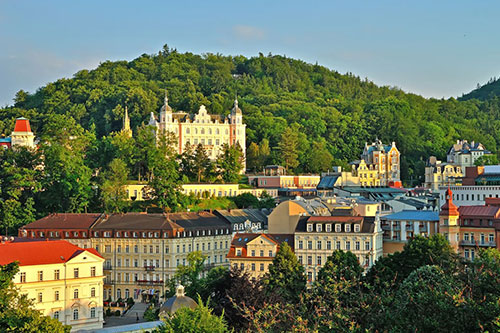 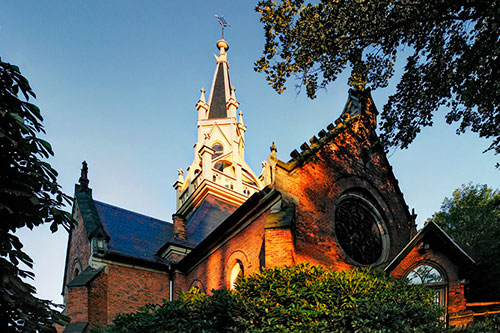 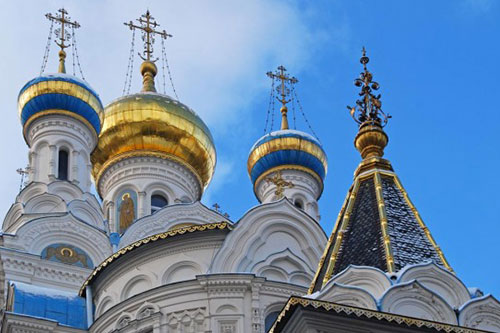 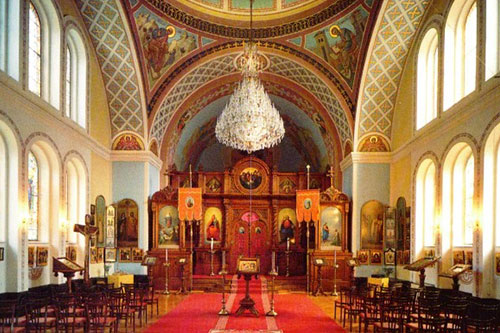 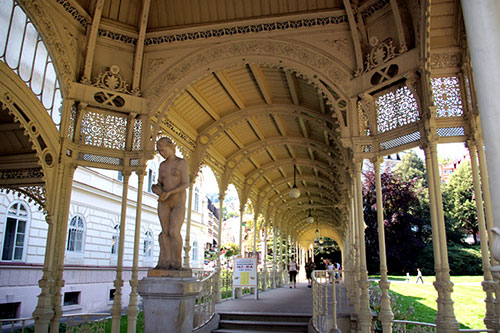 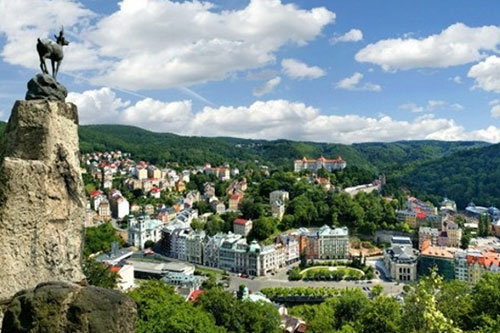 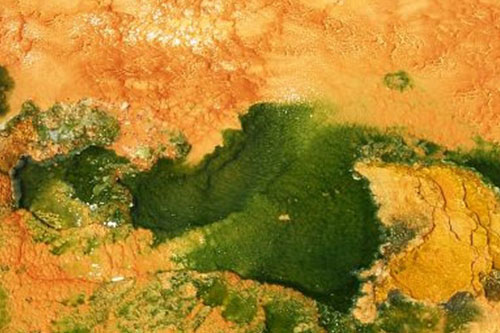 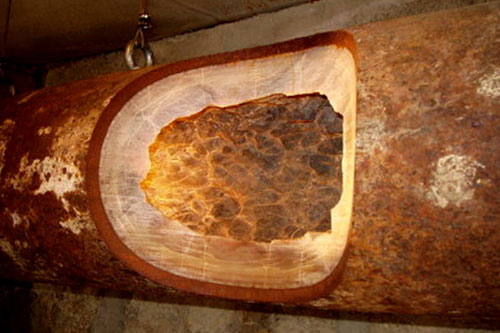 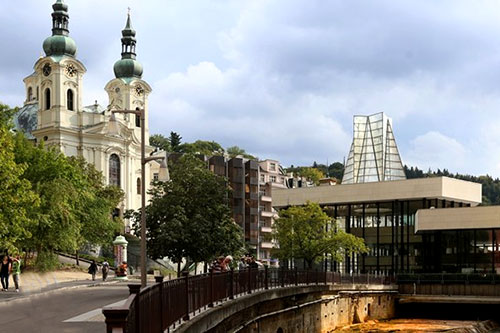 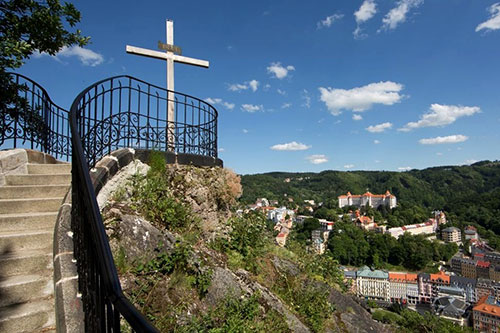 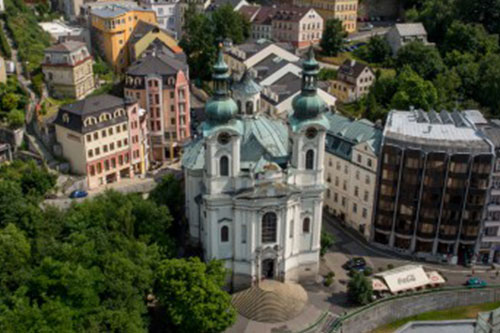 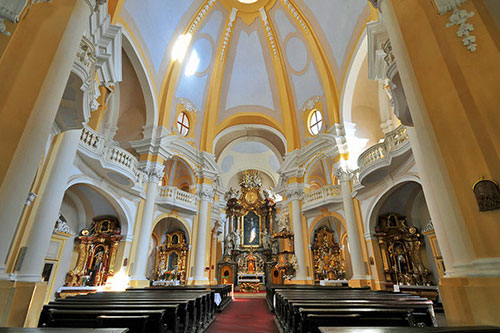 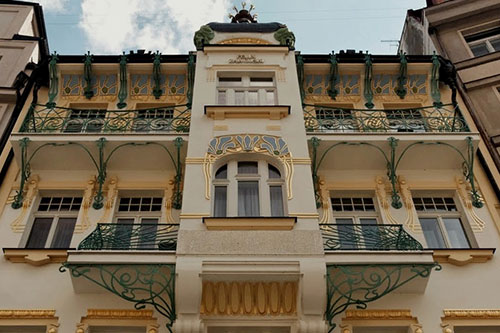 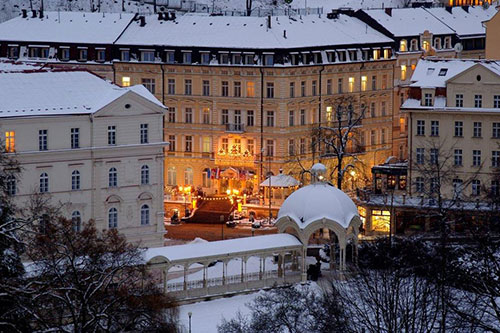 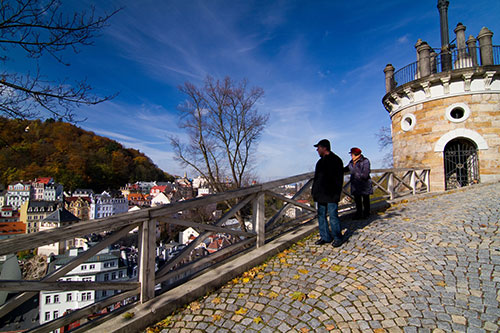 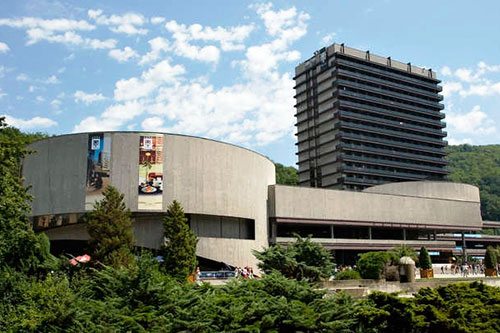 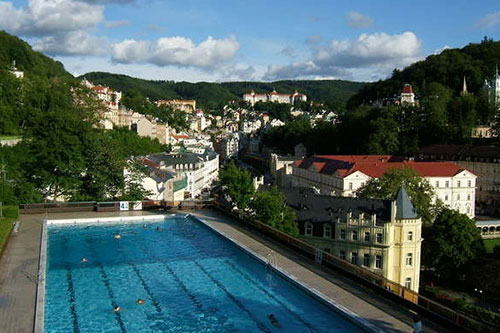 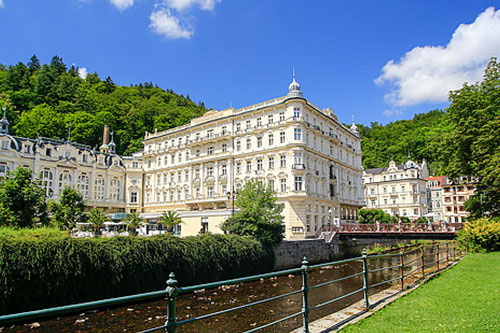 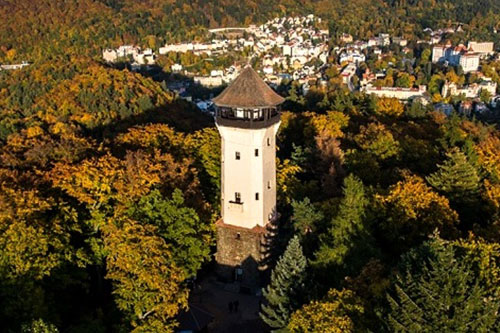 WITHIN THE FRAMEWORK OF THIS TRIP, ACCOMPANIED BY YOUR PRIVATE GUIDE, YOU CAN CHOOSE TO VISIT THE FOLLOWING SIGHTS:

CHURCH OF ST. PETER AND PAUL

This typical Orthodox church with traditional gold onion domes shines from a distance in sunlight. It is located on a hill at the edge of the forest that surrounds the city. On the way to the church (the journey takes about 15 minutes) we will walk through an architecturally imposing residential quarter. Your guide will give you a quick overview of the differences between Orthodox and Catholic religion.

We will take the cog funicular up a hill to the Diana viewpoint. From there we will enjoy a gorgeous view of all the way to the Ore Mountains that creates the border with Germany. A walk through a quiet forest will then lead you to a place nicknamed Forest Worship, where we will sit for a while surrounded by the majestic woods. We will then walk down toward the church of St. Peter and Paul. Total duration of the walk: 50 minutes.

Just a few meters underground we will enter a magical world. We will watch water springing from the depths of the Earth, and a stone that is being formed by the sedimentation of minerals, immediately under the main hot spring. This is the famous anthodite, one of the aragonites, with warm cinnamon tones, that is used for making numerous souvenirs, the most famous of which are petrified roses. The tours are available May through October.

When visiting the renowned Moser Glassworks, we can admire the incredible skill and art of master glassblowers working directly in front of the glass smelting kilns. Included in the tour is a visit to the most important glassmaking museum in our country. Many of the elegant and refined products displayed here have gained significant international recognition. It’s not an accident that the Moser brand is nicknamed ‘the crystal of kings and the kings of crystal.’